It’s Time to Reset
Your Nutrition! 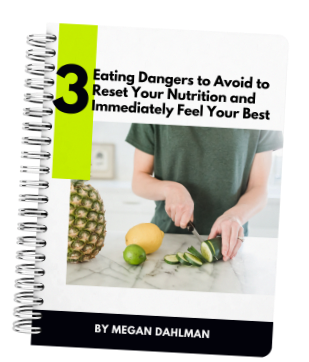 Stop wasting time on crash diets and get these easy hacks to reset your eating habits for life!

Subscribe below to have your free report sent directly to your inbox.

Thank you! Your submission has been received!
Oops! Something went wrong while submitting the form. 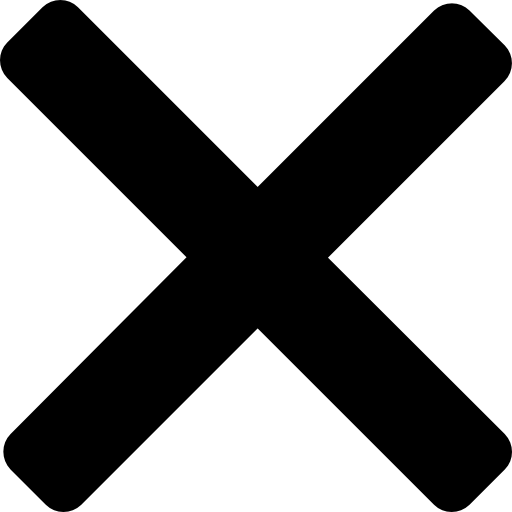 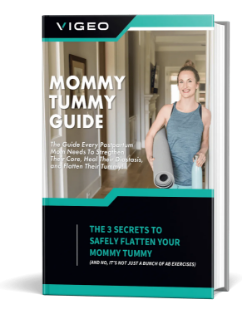 Download this guide to learn the 3 secrets safely flatten your mommy tummy. Subscribe below to have your free guide sent directly to your inbox.

Thank you! Your submission has been received!
Oops! Something went wrong while submitting the form.

When Our "Cloud of Witnesses" Becomes Our Competition

The rich text element allows you to create and format headings, paragraphs, blockquotes, images, and video all in one place instead of having to add and format them individually. Just double-click and easily create content.

How to customize formatting for each rich text

Headings, paragraphs, blockquotes, figures, images, and figure captions can all be styled after a class is added to the rich text element using the "When inside of" nested selector system.

​
​Oh dear sisters...I think we may have a problem. We wrongfully see those who have gone before us, those who have been victorious, not as testimonies of what we ourselves are also capable of, but as testaments of our own failure. We often see our cloud of witnesses as our competition.

Our focus is so inward, we miss the inspiration, and even worse, we miss our true focus.

Go with me and listen for a minute to this very familiar passage from Hebrews...

"Now faith is the assurance of things hoped for, the conviction of things not seen. For by it the men (and women) of old gained approval...

...And what more shall I say? For time will fail me if I tell of Gideon, Barak, Samson, Jephthah, David, Samuel and the prophets...

...who by faith conquered kingdoms, performed acts of righteousness, obtained promises, shut the mouths of lions, quenched the power of fire, escaped the edge of the sword, from weakness were made strong (love that!), became mighty in war, put foreign armies to flight....” (segments of Hebrews 11)

“Therefore, since we have so great a cloud of witnesses surrounding us (talking about all the heroes that were just mentioned above),
let us also lay aside every encumbrance and the sin which so easily entangles us,
and let us run with endurance the race that is set before us...." (Hebrews 12:1)

The Winter Olympics are about to begin this week. It's always one of the most spectacular events, right? Picture the massive stadium that rises hundreds of feet into the air, packed to the rafters with people, thousands and thousands of them. It's a force...powerful and dramatic.

The entire scene in Hebrews is actually written as if we’re stepping into a massive athletic stadium, just like the Olympics. That's the imagery that the author was describing. And it’s our turn to go. We’re on the spot.

And the grand stadium is packed with witnesses. But the spectators are not just watching us. They are all those heroes of the past that have already been in this position, and have done this already. They have walked into this stadium before. They’re not watching and judging us, they are our tribe, our family, our cheering squad. They are shining examples of what can be done!!

They are there as proof that "we are not of those who shrink back to destruction, but of those who have faith to the preserving of the soul." (Hebrews 10:39)

...we step into the stadium and let sin entangle us. We look up and around at all of them, and instead of inspiration, sin slinks in. The sin of comparison, pride, doubt and fear.

Did the author of Hebrews spend the time listing faithful saint after faithful saint to remind us of how awful we are? How much of a failure we are? “Look how amazing these people were. Now look at you. What a hopeless piece of crud you are. Get your act together!”

No! Not in the least!

We were never meant to compare ourselves to them! Yet we do. We do this all the time, especially with our sisters that are fighting the good fight, pushing hard and receiving that true crown of joy ahead of us.

Instead of rejoicing with them, we get jealous.
Instead of sharing in their joy, we feel self doubt and fear.
Instead of feeling encouraged and inspired by them, we feel downtrodden and weary.

We get tangled up in sin.

The truth is, we were never meant to let our gaze linger on those around us, because our eyes should be looking at Somebody else. When we step into that athletic arena and see the cloud of witnesses, if we look close enough we realize they’re pointing toward Someone else. They're all pointing.

"...let us run with endurance the race that is set before us,
fixing our eyes on Jesus, the author and perfecter of our faith...
who for the joy set before Him endured the cross, despising the shame,
and has sat down at the right hand of the throne of God.
For consider Him who has endured such hostility by sinners against Himself,
so you will not grow weary and lose heart." (Hebrews 12:2-3)

Where should our eyes be fixed? On Jesus, the beginning and end, the one who starts our journey and finishes it. The creator and the perfecter.

The one who endured far more than we ever could imagine because of the joy that was before Him.

When we truly ponder, internalize, and consider everything He did for us, we will not grow weary and lose heart.

Dear friends, we have this all backwards, so horribly perverted. We step into the arena and get distracted by the cloud of witnesses.

What's wrong with us, that when it’s our turn to go we see the successful ones as harbingers of our defeat?! When we're surrounded by those who have fought the good fight, who have tasted victory, who have remained faithful, who are pointing to Christ!, but we let fear, doubt, and weariness consume us instead?!

"I just can't do this! They were so much better. They had it all together. I can't be consistent like them. I don't have the discipline. They were strong, and I'm not. They had way more faith that I do. I want to be done with this race."

Listen, you MUST stop comparing your journey with everyone else around you.
Your friends and sisters that are doing well, rejoicing in victory, and seeing transformation are NOT your competition.
Draw inspiration from them, from the crowd...feed on the energy and the testimonies of faith. But do not let your gaze linger there.
​
Fix your eyes on Jesus, instead. Only then will you not grow weary and lose heart.

You may also be interested in these blog posts...

Momma, You Can Stop Trying to be Perfect
Why Getting Caught in the Comparison Trap is so Deadly

If you're interested in more Christian inspiration for your fitness and nutrition journey as a mom, be sure to sign up for my exclusive emails. 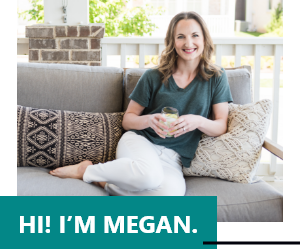 Trainer, nutrition coach, and Christian mom — in a culture that’s obsessed with “gym-selfies” and a number on the scale, I’m passionate about helping moms discover what it feels like to actually love their bodies and thrive in them.
Read More About Megan 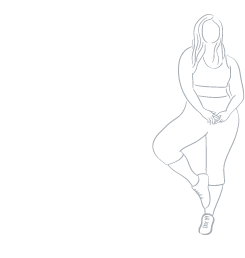 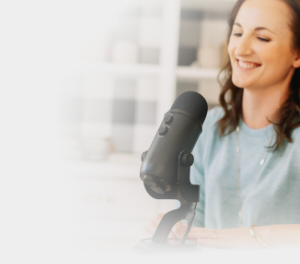 Self-Care Simplified is for Christian moms that want to be equipped and encouraged to take simple steps towards the healthy life you want for yourself and the people you love.

Be sure to subscribe to Self-Care Simplified wherever you listen to your favorite podcast.

Hey, guess what? You can start showing up for your body in simple ways, right now.

Let us take the guesswork out of where and how to start taking action. 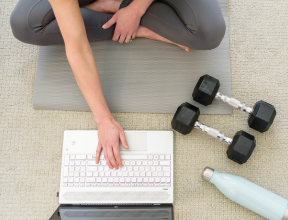 Discover your unique metabolic body type, and learn exactly how to train and eat to maximize your natural strengths and improve your weaknesses. 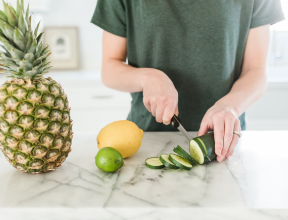 Discover how thousands of everyday moms are quitting the trendy diets and detoxes and finally changing their eating habits for life. 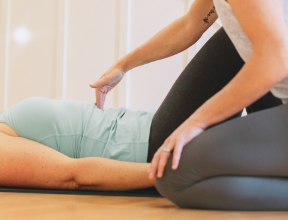 This brand-new guide reveals the safest way for you to strengthen and flatten your postpartum abs so you can feel confident in your core again.

Trainer, nutrition coach, and Christian mom — in a culture that’s obsessed with “gym-selfies” and a number on the scale, I’m passionate about helping moms discover what it feels like to actually love their bodies and thrive in them.
Read More About Megan

Self-Care Simplified is for Christian moms that want to be equipped and encouraged to take simple steps towards the healthy life you want for yourself and the people you love.

Be sure to subscribe to Self-Care Simplified wherever you listen to your favorite podcast. 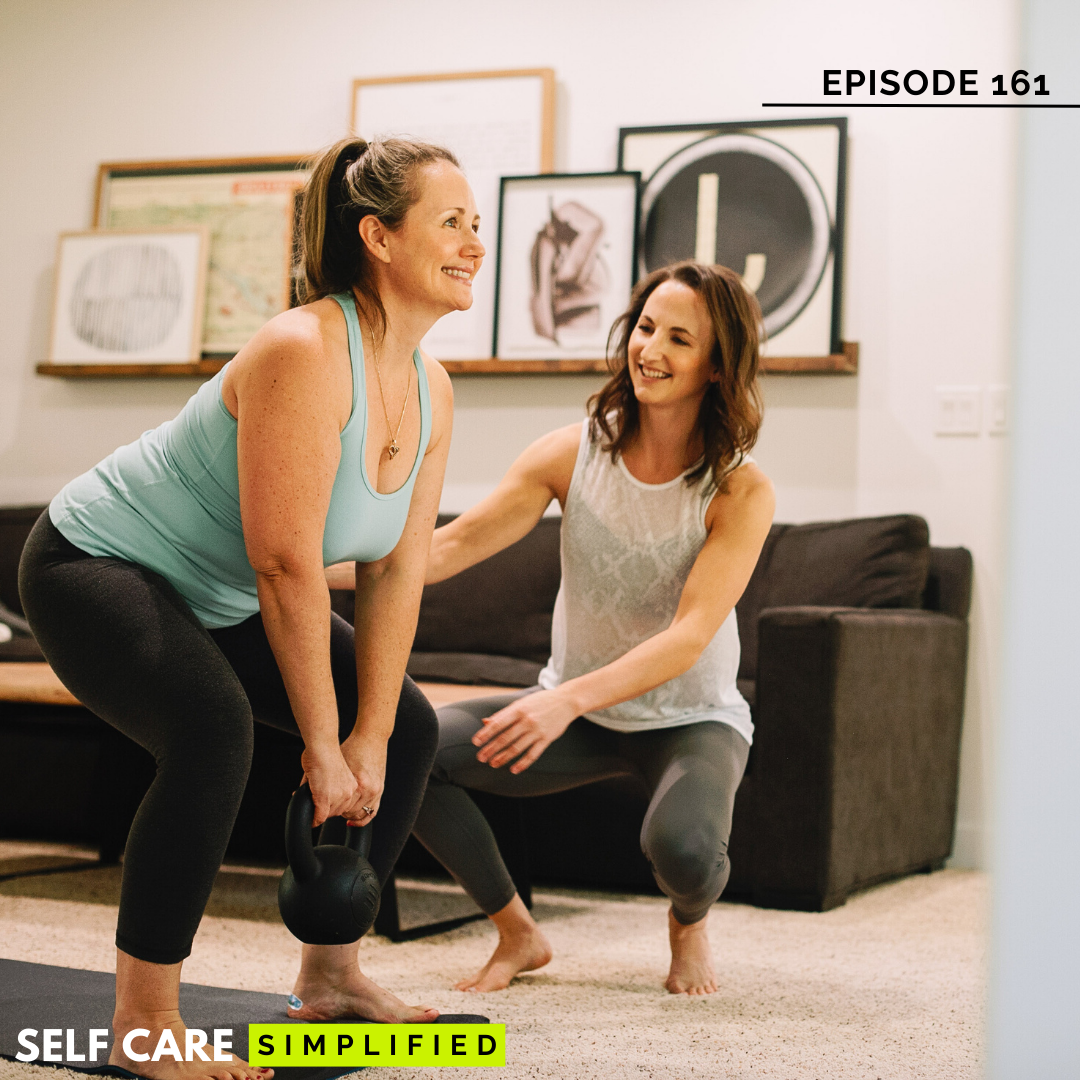 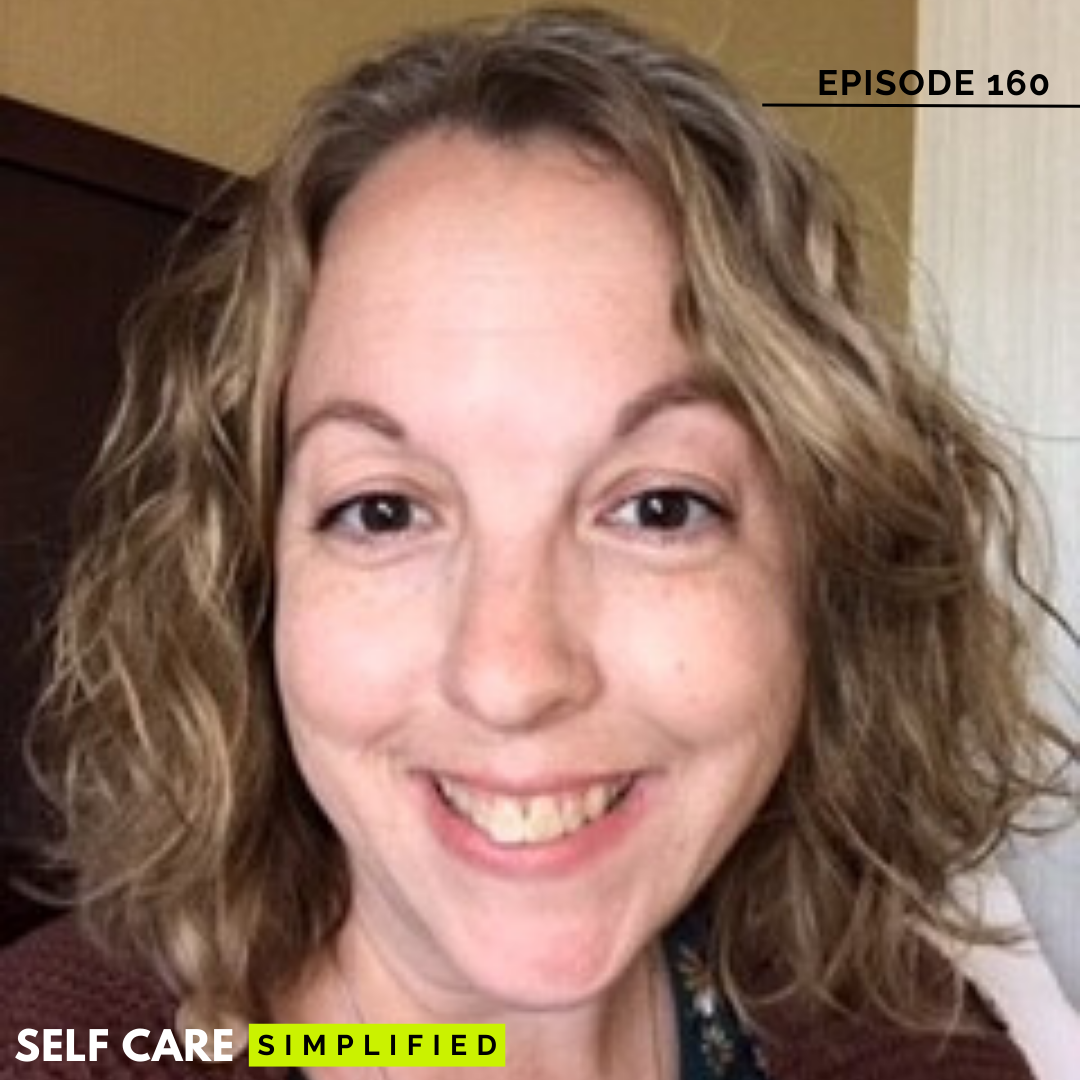 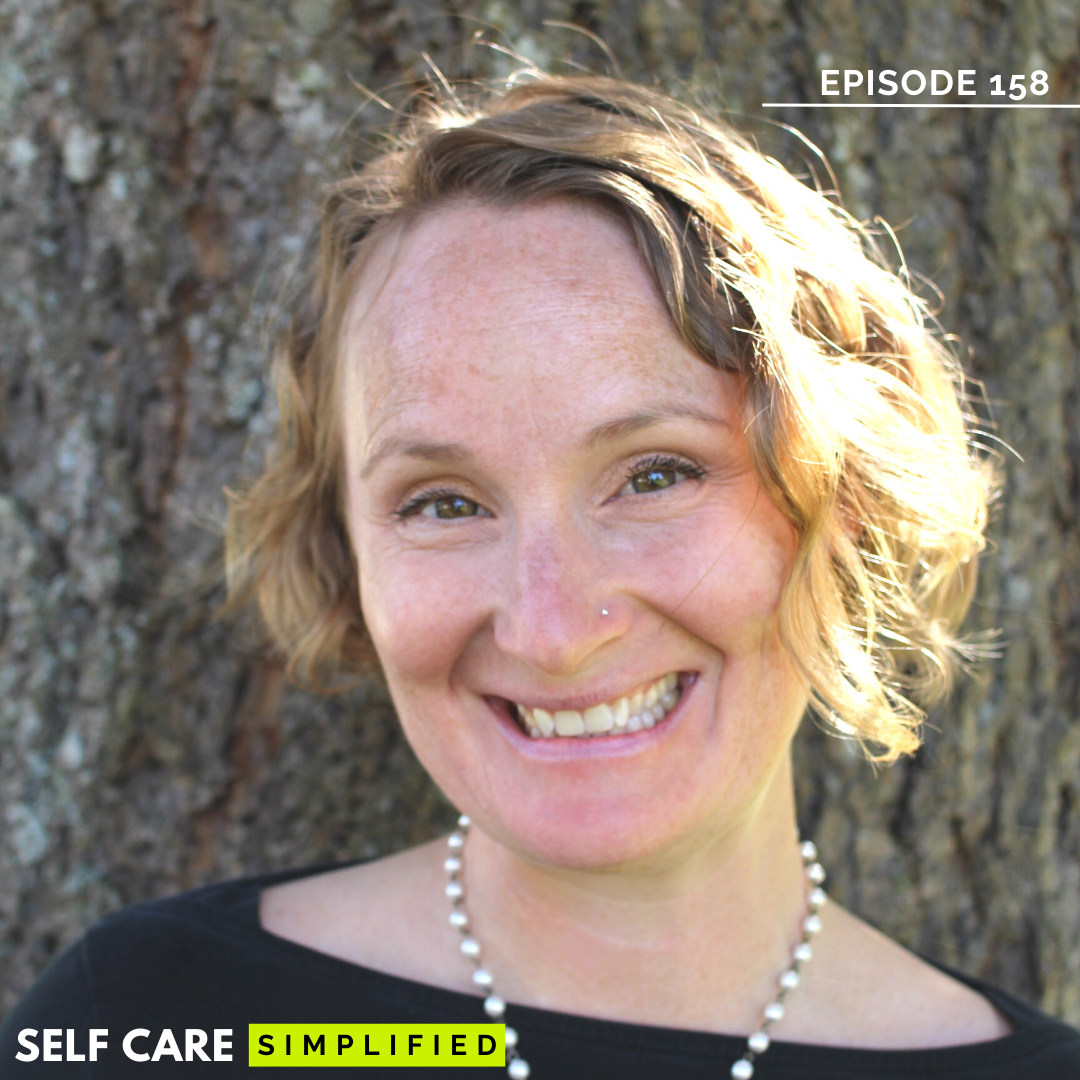